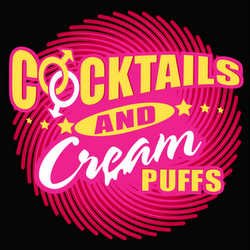 Join us for the 2010-2012 People’s Choice and 2010-2013 Best GLBT People’s Choice Podcast Awards nominated podcast, Cocktails and Cream Puffs, a gay, comedy, pop-culture show from, Buffalo, New York, hosted by Joey Bucheker and featuring Wendy Cameron, Gary Andrews-Stieglitz and Donna Suggarz. Listen as they discuss the intimate and insane adventures of their own lives, give the reach around to your most favored and hated celebrities, and discuss the news as only they see it. Get a fresh dose of Gayity twice a week on Tuesdays and Fridays. Ranked by Rukkle.com the #2 Gay Comedy Podcast and listed as one of iTunes Essential LGBT Podcasts.